THE PAINTED CHURCHES OF TEXAS

The 19th century in Europe was a time of turmoil – politically, militarily, economically, culturally. The French Revolution in 1789 had unleashed a quarter century of warfare that ushered in a more than a century of desperate attempts by the old order to hold on against new ideas and movements which included nationalistic hopes at every level as the many distinct ethnic groups, having had their aspirations raised and dashed, clamored for freedom, even states of their own. A period of reaction and readjustment after 1815 came to an end in 1848 with a series of revolutions across Europe – which ushered in further radicalization and the unification of the German and Italian nations by 1871 and a new, intensifying political, diplomatic, and colonial competition between the great powers that would ultimately lead to the outbreak of World War I. Against this backdrop varying rates of industrialization and political liberalization increasingly polarized Europe both regionally – northern and western Europe (Britain, France, Germany, and to a degree Italy) proceeding faster than more rural central-eastern Europe and most of southern Europe – and internally with a widening gap between newly emergent and conscious social and economic classes. 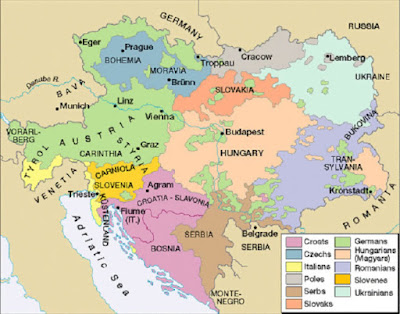 For most of the 19th century, central and eastern Europe was largely the domain of the multiethnic Habsburg Empire, ruled by an ancient German dynasty and dominated largely by a German-speaking nobility. Based in Austria, the Habsburgs counted among their lands the modern Czech Republic and Slovakia as well as Hungary and most of the central and northern Balkans. No less than eleven distinct self-identified nationalities resided at least partly within their borders. Both the industrial differentiation and national resentments against the German Habsburgs afflicted the sprawling Empire – and helped drive emigration between the mid 19th and early 20th c. Some left seeking economic opportunity; others fled the prospect of their or their sons’ conscription to fight for a regime they considered their national oppressor. Although the story of immigration to the United States usually focuses on the influx to the industrial northeast through Ellis Island, many of these central and eastern Europeans did not end up there. Instead many ended up at what came to be called the “Ellis Island of the South,” Galveston, Texas. From there, many of them would strike out inland, ultimately to settle down in the fertile and open farmland and pasture of the southeast-central regions of Texas, in an area centered between Houston, Austin, and San Antonio, where the coastal plains shade into the Texas Hill Country. 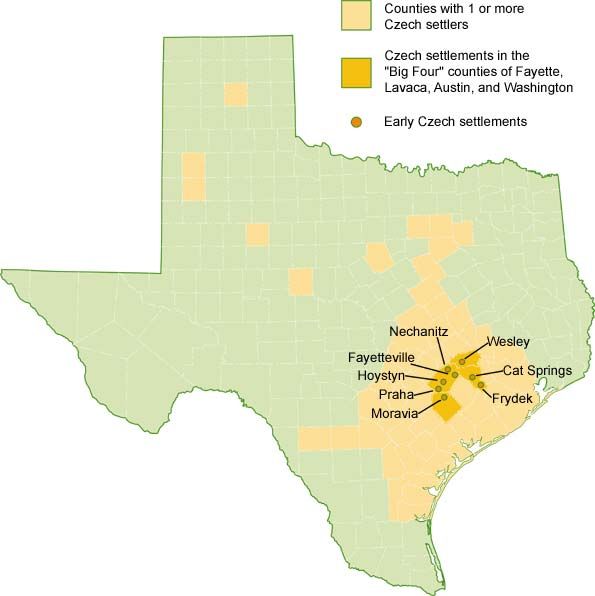 Most of these immigrants – largely Czech, southern German, and Polish – were, furthermore, devoutly Catholic, and, missing the ancient and ornately fashioned churches of their homelands, they sought to reproduce those in their new homes. The Painted Churches of Texas are the far-too-overlooked result. In 2005, the State of Texas accorded Schulenburg, in whose immediate environs are to be found six, the title of “Official Home of the Painted Churches of Texas.”

From a list obtained from the Schulenburg Chamber of Commerce, there are thirty Painted Churches [bracketed information derived from Google Maps]. Those in bold I have seen; those marked with an asterisk made up our formal tour on Tuesday 02 April [LINK]; the dagger indicates the church my wife and I saw on our own on Monday afternoon [LINK]. We obviously saw only a fraction -- which means there are plenty more to go see!
The following map plots the above churches. X marks the spot for Schulenburg, Texas; Home is Natchitoches, Louisiana. Click on any pin to get more information. To read an account of our pilgrimage from conception to return, start here [LINK] and click Newer Post at the bottom left of each page. For an explanation of why this tour of Painted Churches was a "pilgrimage," click here [LINK].