This is the text of an article I submitted to The Natchitoches Times about the pilgrimage.  It gives a much shorter account than the blog version (which begins here:  LINK).  Sadly, when it appeared in the Thanksgiving Day edition, 27 November, it was in a rather heavily edited (read: butchered) form.  About the same time, Fr. Ryan submitted substantially the same article to the Diocese of Alexandria, Louisiana, newspaper, The Church Today, which ran a somewhat less heavily edited version in its December issue.  Here is the original version....

Basilica of the Immaculate Conception Pilgrimage to Italy

From the 20th to the 29th of October, Fr. Ryan Humphries of the Minor Basilica of the Immaculate Conception in Natchitoches led a parish pilgrimage to Italy.  The trip was managed by Magnificat Travels of Lafayette, which deserves immense credit for a virtually flawless ten days.  Here is a short account written by pilgrim Kent Hare, professor of history at Northwestern State University in Natchitoches.

Pictures and Captions that were submitted: 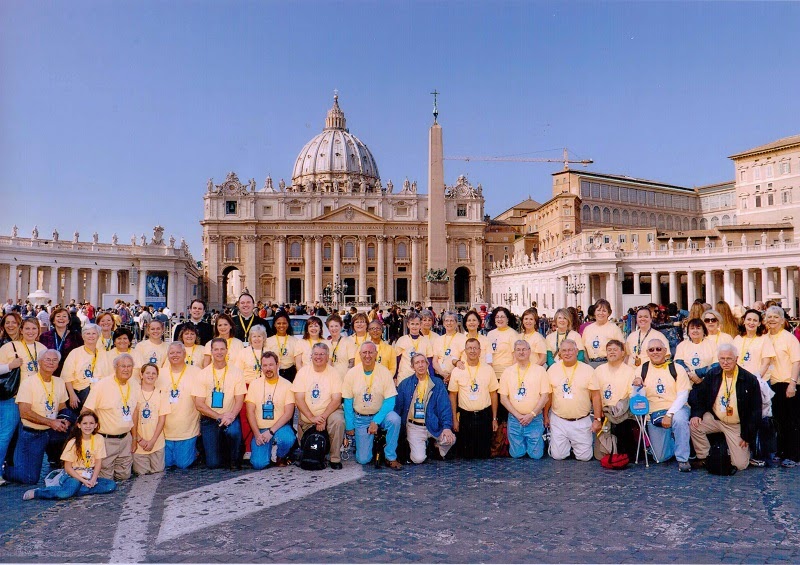 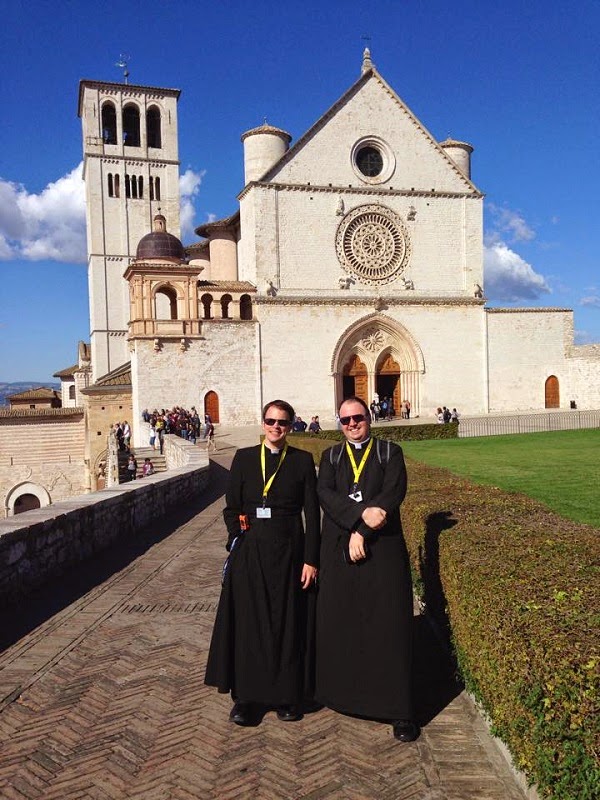 Fr. Chris Decker of Baton Rouge and Fr. Ryan Humphries of Natchitoches at the Basilica of St. Francis in Assisi.  (Picture provided by Brenda Stamey) 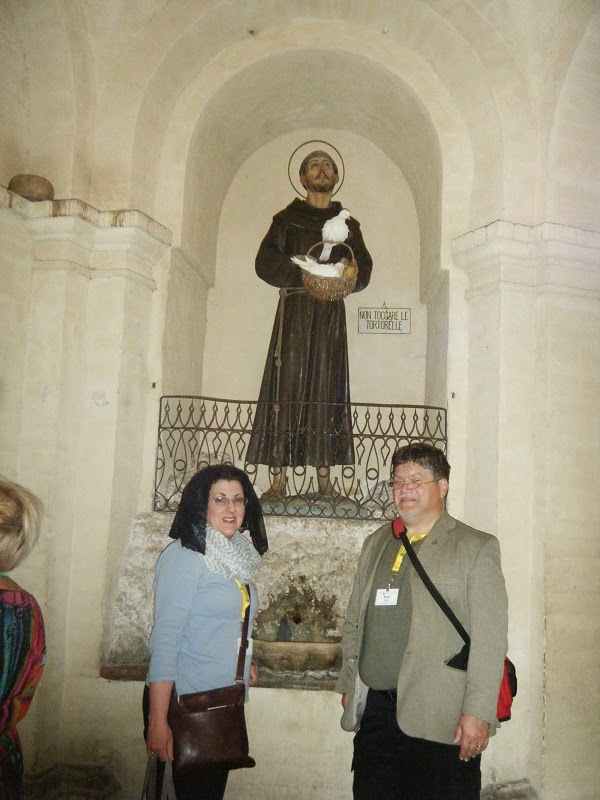 Anne and Kent Hare by a statue of St. Francis in Assisi.  The turtledove is real.  (Picture provided by Anne Hare) 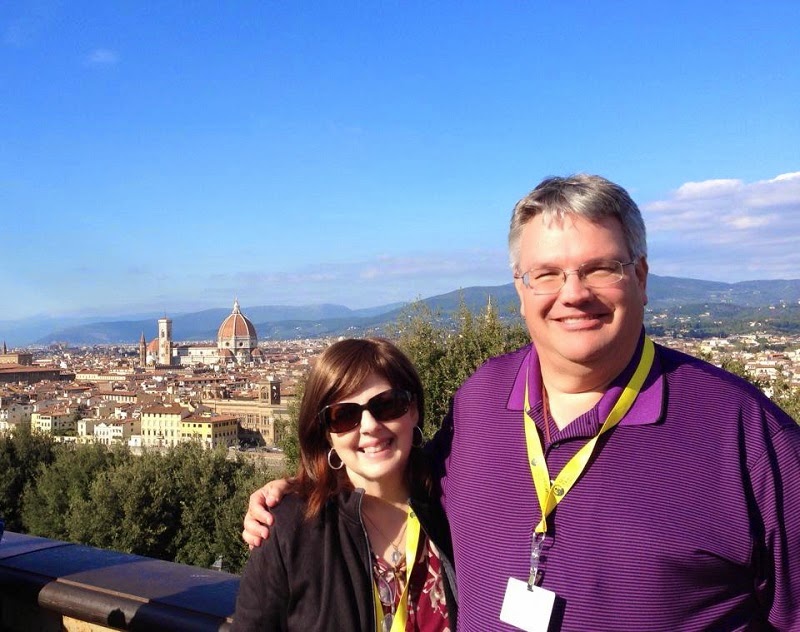 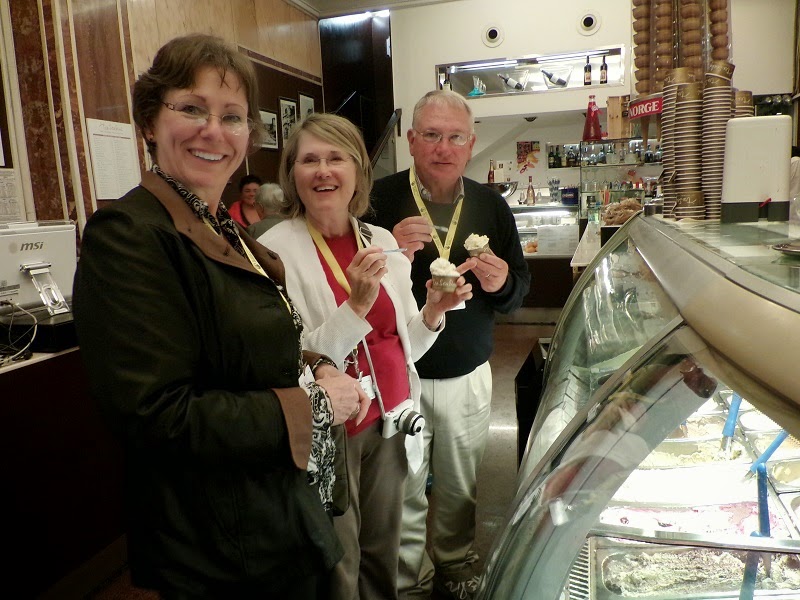 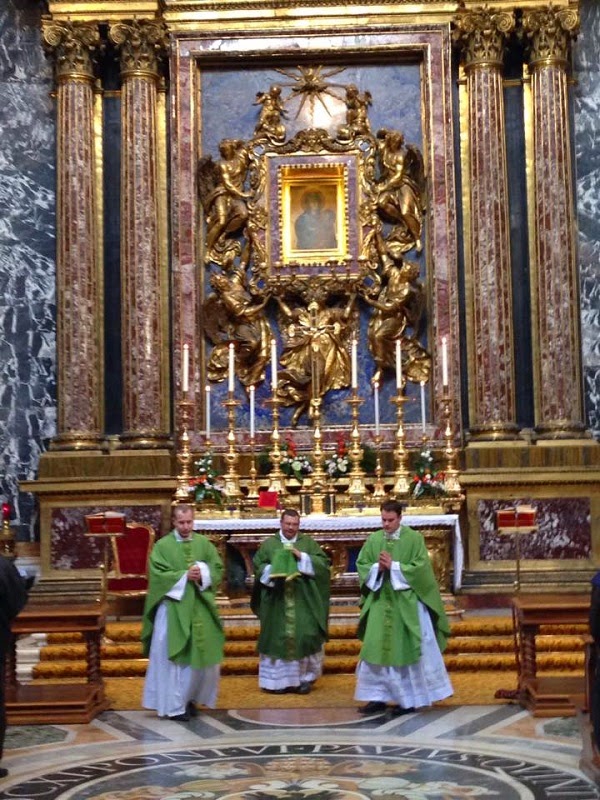 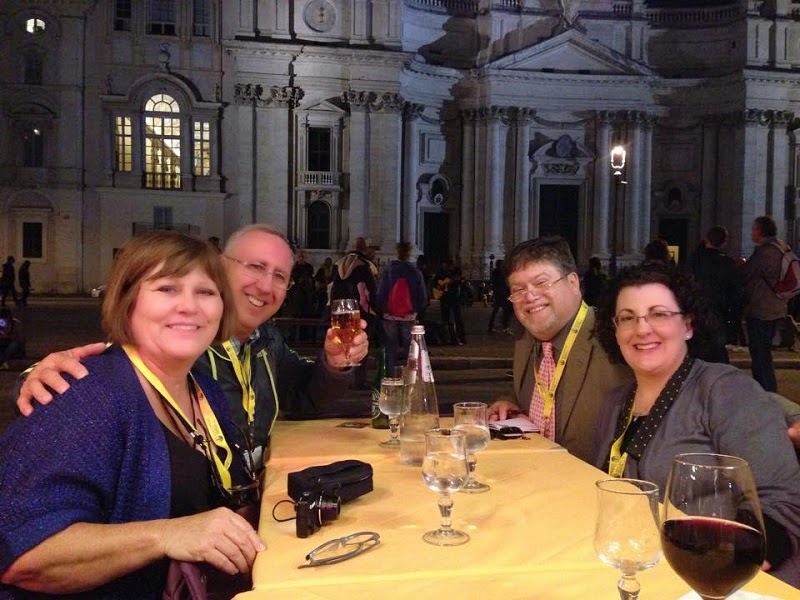 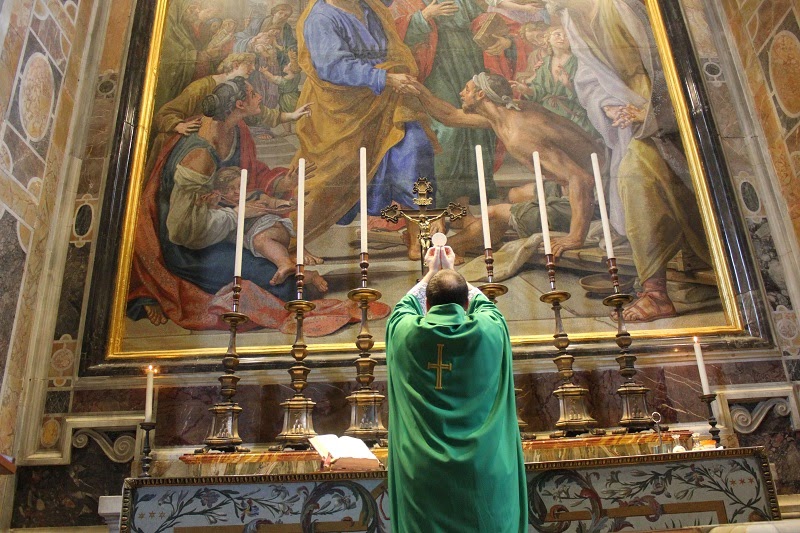 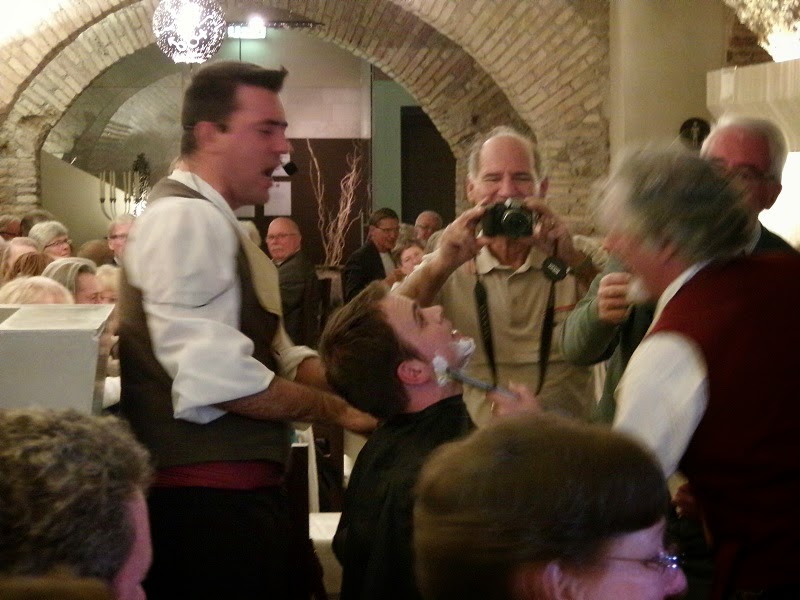 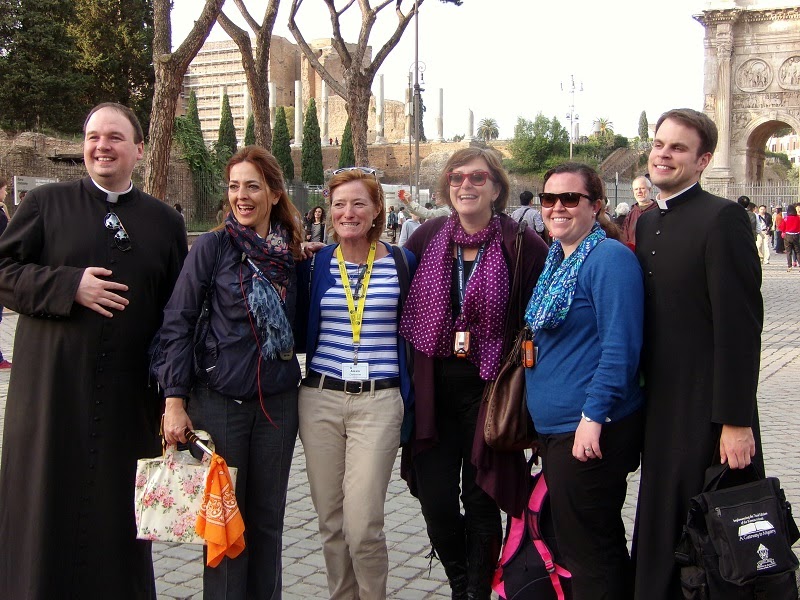