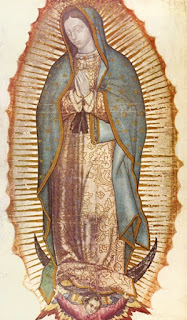 Sooner than I ever thought, it seems I am going on another short excursion. Here’s how it came about.

For about a year and a half, I have been a member of the New Saint Thomas Institute, an innovative endeavor in Catholic theological and spiritual formation spearheaded by Dr. Taylor Marshall [LINK]. As I understand it, I am among a couple thousand Catholics from all around the world working more or less at our own paces under Dr. Marshall’s multimedia tutelage toward earning currently-available certificates in Catholic Philosophy and Thomistic Studies, Catholic Theology, and Catholic Apologetics, with a certificate in Patristics soon to be added. In addition to short HD video presentations of the key points of each unit’s subject matter, with lively discussion among the members both in the units themselves and in more general fora, Dr. Marshall also presents periodic audio podcast discussions elaborating on certain points or questions that arise among the members.

It was in listening to one of those podcasts a couple of months ago that I discovered that Dr. Marshall’s response to long-standing discussion among the members wishing for some kind of conference was to offer two guided pilgrimages in the next year. One he announced to be to the Shrine of Our Lady of Guadalupe in Mexico City, the other to various sites in Italy including, of course, Rome and Vatican City. Having only a little more than a year ago made the pilgrimage to Rome, I naturally focused in on the one to Mexico City, although with it being scheduled for February – during the Spring semester – I figured there was no chance I could possibly go. Taking off two weeks during the Fall semester to go to Italy was a one-time opportunity, justifiable because of the specific importance of Rome in several of the history courses that I teach.